Seeking to find Yah's Way for All That Believe 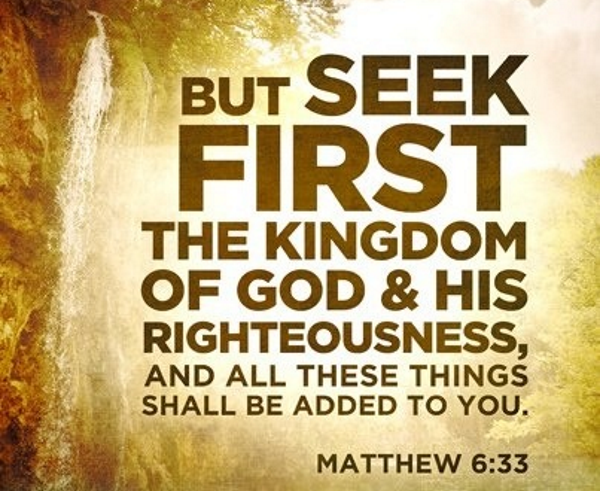 
 All That Believe § Scroller

My prayers were answered!

You can safely assume you've created God in your own image when it turns out that God hates all the same people that you do.

Sometimes we need to pause and seriously examine WHY we believe WHAT we believe.

Oh, the lengths to which men will go to try to make the Bible agree with what they already believe!

We fight fear of man by heightening our fear of God, recalling how valuable we are to Him and recognizing that the consequence of not living for His pleasure is far greater than anything man can do to us. “And do not fear those who kill the body but cannot kill the soul. Rather fear Him who can destroy both soul and body in hell." (Matthew 10:28-31)

When a man who is honestly mistaken hears the truth,
he will either quit being mistaken or cease to be honest.

There is no evidence that proves that the Torah taught to Adam, Noah and Abraham and given through Moses to the Israelite Nation on the way to Sinai and before the sin of the golden calf has become obsolete and irrelevant. On the contrary, man is still judged by this standard and God has never repudiated any promise or covenant that He has ever made with His creation.

We have created a gospel that has taught many people to believe, that you can become a Believer and not follow Yeshua.

There is a great deal of difference between what this world offers and the promises of God!

The sinner is not redeemed because he repents,
but he is called upon to repent because he has been redeemed!

Yeshua and the disciples preached a message called "the Gospel of the Kingdom." Matt 9:35 says,

"And Yeshua went about all the cities and villages, teaching in their synagogues, and preaching the gospel of the Kingdom..."

It is related to, but not the same message as, the gospel of personal salvation that is generally preached today. In preaching the Gospel of the Kingdom, there was no appeal to join an organization which men might designate by various denominational names. It was an appeal to "repent," to change one's belief system from one thing to another. Men were and are either building kingdoms of man or the Kingdom of God. The Gospel of the Kingdom presented the appeal to believe in (have trust in) God and to build and promote His Kingdom, by making disciples. Matt 28:19,20

"Therefore, go and make disciples of all the nation in my name, teaching then to obey all that I commanded you. ..."

(This rendering of Matthew 28:19,20 is similar to the reading of the Shem Tov Hebrew manuscript and the Greek manuscript Eusibius quoted before the Council of Nicaea. )